Cheat Codes can be accessed by simply pressing specific keys on your keyboard. Codes that have been crossed out means they were once available, but have been fixed by Poptropica Creators. 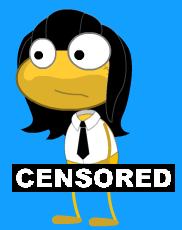 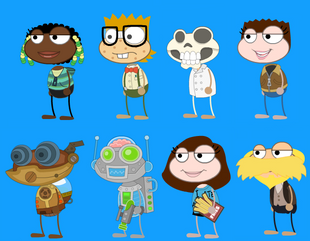 people
Add a photo to this gallery

Easter Eggs are secret surprises often found in many games, including Poptropica. Listed below are just a few of the many secrets of Poptropica.

Change the Cat! in 24 Carrot islandEdit

Laughing with a Red FaceEdit

From the Ctrl + Shift + F4 cheat, you may find some links to Poptropica SWF files, mostly for item cards. ”SWF” stands for either Shockwave Flash or Small Web Format. However, these webpages only show the lower-right corner of the item card. But if you’d like to see a little more of the item card, Nice Turtle discovered a neat trick for that. Open up the Item Card’s SWF, and click on the ”restore down” button on the very top-right corner of your Internet window. It should look like one small line, and is near the red X button where you click to close the Internet window.

If you’re interested, check it out by typing this into your browser: http://static.poptropica.com/items/item13.swf

This leads to a picture of part of the ”shark fin” item card. If you click on the ‘Put On’ button, it turns into ‘Take Off’ – just as it would in a regular Poptropican’s inventory! There are a lot of them, and to try them, just type in the same link as the one shown above, but replace ”13” with another number!

Retrieved from "https://poptropica-help.fandom.com/wiki/Cheat_Codes?oldid=6967"
Community content is available under CC-BY-SA unless otherwise noted.